At a recent City Council meeting held at the Asian Pacific American Network of Oregon (APANO) on 82nd Ave., Council and audience heard from residents about The JAMS building is being redeveloped to include affordable housing units, public plaza, cultural center, and nonprofit offices. Now we need your help to name the new development that captures the spirit of Southeast Portland and what the building represents. Be part of the process in naming this neighborhood landmark!the problems and solutions in the future that will change the look of the Avenue of Roses.

Speakers from  The U of O Architecture School’s Urban Design Studio, APANO, Multicultural Collaborative and partnering agencies ODOT, PBOT and the Bureau of Planning gave presentations.

Representing the 82nd Avenue Improvement Coalition, Brian Wong gave a brief history of 82nd Ave. and an update on what is happening on the boulevard today. This area is called the Jade District and includes the area surrounding SE 82nd Ave. and SE Division St.

It was a dirt road in the early 1900s and became a four-lane paved street in 1934. Like I-205, Hwy 213 (82nd Ave.) was built to circumvent the main part of the City. Early neighborhood businesses flourished along the Avenue  for years and in the 60s and 70s, was a famous cruising street for the young.

In past years, thanks to the vigilance of our police force, business associations and neighborhood involvement, drug trafficking and prostitution is less of a problem. Adding the special nomenclature of the 82nd Avenue of Roses in 1997 has beautified the image of 82nd Avenue around.

Psychologically, 82nd has been a  natural barrier that separates inner eastside and outer SE. Going forward, the plans are to make 82nd a unifying street rather than a divider. Suburban-ization is beginning to shift development from central urban areas to the more outlying neighborhoods. This area is growing three times faster than the rest of the City.

Plans presented by architects and Jade District representatives stressed the need to include affordable housing in the mix of development. They welcome prosperity, but don’t want to displace the seventy different nationalities represented in this area by making all the new apartments too expensive and pricing out those already living here.

The plans presented by the architecture students were looking into the future twenty years. The pressing problems of the present are more about safety.

In order for 82nd Ave. to become more pedestrian-friendly, there will need to be more traffic calming policies implemented like Vision Zero.** Mayor Ted Wheeler agreed this would improve both livability and business since it is part of the high crash network for people driving, walking and biking. The rapid flashing signals have helped already.

Most of 82nd is classified as a highway rather than a city street and this causes design restrictions on developments. According to Don Hamilton, Oregon Department of Transportation, the state owns and maintains portions of 82nd Ave.

Mayor Wheeler agreed that 82nd Ave should be transferred to the City, but like everything else, there is a lot of red tape to go through before this will be finalized. 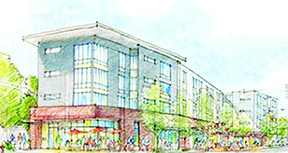 The JAMS building is being redeveloped to include affordable housing units, public plaza, cultural center, and nonprofit offices. Now we need your help to name the new development that captures the spirit of Southeast Portland and what the building represents. Be part of the process in naming this neighborhood landmark!

Commissioner Dan Saltzman, who oversees the Bureau of Transportation, said that a transfer of outer Powell to the city was approved by the 2017 Oregon Legislature and a substantial sum of money will be included in this deal. If this works well, he’s hopeful the same can be done for 82nd Ave. that will include resources to improve the area.

In the meantime, the 82nd Avenue of Roses community conveyed to Council what an integral part of the equation this area will be as Portland continues to grow. It will become its own epicenter.

**Vision Zero is a multi-national road traffic safety project that aims to achieve a highway system with no fatalities or serious injuries involving road traffic. It started in Sweden and was approved by their parliament in October 1997. 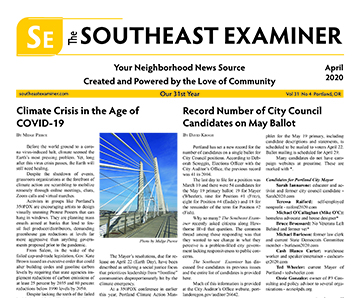 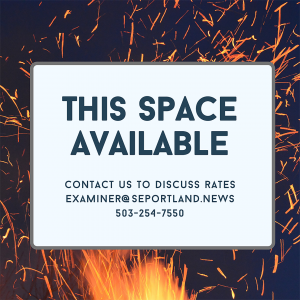 A Note from The Southeast Examiner’s A&E Editor 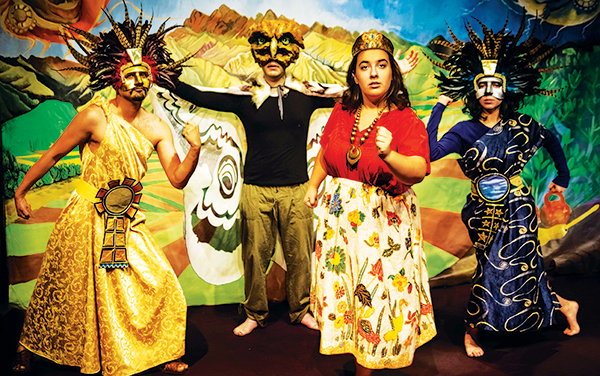