The SE corner of 35th and Hawthorne is the new home to Hello India, a family restaurant whose origins began in Hyderabad, Southern India. Mehar F.A. lived in all the major cities on the west coast before she decided that Portland was where she wanted to set down roots and carry on her father’s restaurant business. Mehar has lived in America for fifteen years.

Hello India brings not only the family recipes to share with Portland diners, but the cutlery, linens, art, chandeliers and glassware from India too. Mehar’s father, M.B.A. Baig, is the founder of the four restaurants the family operates in Hyderabad.

In his spare time, he is the publisher of couple of newspapers, one covers political news and the other community news for the major different groups of people living in the city: Hindu, English, Muslim, Punjabi. Fortunately he has a large and loyal family who help him with these endeavors.

Mehar said her father has earned the family’s devotion because of his honorable business practices and by instilling a strong humanitarian spirit in his children – the main premise being “Do good to others.” 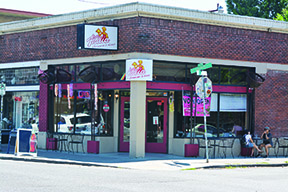 The Hawthorne Hello India employs Mehar’s brother Neetu as the main chef, her son Gonzai as the director and her uncle Sid the manager. Gonzai created the menu that features both northern and southern types of cuisine. The regional dishes make use of local spices, herbs, vegetables and fruits as well as Indian religious and cultural habits which vary from place to place.

In general, northern foods have more of a Muslim influence and are similar to what you find in Pakistan, Afghanistan and parts of Iran. This includes the use of breads like naan and puri, grilled meats, chickpeas and lentils.

Chefs created food for the English that is still served today like the Shahi Khan E Khaas created by Punjabis in Delhi at moti Mahal restaurant during the 1950s. This is a buttery yogurt sauce that contains tomatoes, cream butter, and yogurt. “We also make a great chicken tikka masala that everyone loves,” said Mehar.

Southern cuisine focuses more on vegetarian dishes, fish, less bread and more rice and the use of coconut. Their Malalbar Masala is an example of southern food that includes chilies, coconut, curry leaves, spices such as fenugreek, mustard seeds and fennel seeds in a curry of toasted coconut – the secret to authentic malalbar. A complete menu can be found at helloindiapdx.com.

“0ne of the ancient considerations for choosing certain herbs and spices in food preparation was not only for the flavor, but they also had beneficial healing qualities,” Mehar explained.

Garlic, ginger, tumeric, cumin, fenugreek – their main spices are curative. At Hello India each meal is prepared for the individual diner. “We cut up and cook all the vegetables and meats when you order,” she said. “Everything is fresh with no artificial ingredients, just like we fix at home.”

A contemporary restaurant, they have an inclusive wine and beer list as well as an extensive hard liquor selection. With mixed drinks a popular choice, it’s good to know your way around the bar and the staff here can pour anything you want.

Although not all of Mehar’s five children work for Hello India, she is proud of their accomplishments. Her oldest daughter is a cosmetologist and her younger ones are both national tennis players. Her youngest son is still In India completing his education. Whether they will make Oregon home remains to be seen.

For now Mehar is happy to be here working in her family business on this busy corner on Hawthorne Blvd. in SE Portland. 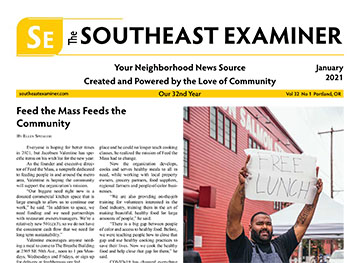