Twelve year old Julian Hamley, a seventh grader at Mount Tabor Middle School, recently found himself with a crucial task–helping a medical team triage hundreds of patients lined up outside a makeshift clinic at a church in the village of Lokichar in the Tukara region of Kenya, East Africa.

As he met each patient, he worked through an interpreter to learn and document their reasons for visiting the clinic. When it was time for a break, he went out to play frisbee in the 100 degree October days with dozens of kids gathered outside the clinic waiting for their parents or siblings seeking medical treatment.

Hamley traveled to Africa from his Mount Tabor home along with a 12 member Project Helping Hands team led by his mother, Michele Cathey-Hamley, family nurse practitioner at Signature Hospice, and Tory Stine, a Trauma Nurse Coordinator at Emmanuel Hospital.

The trip to Kenya was Cathey-Hamley and Stine’s fifth mission with Project Helping Hands, an independent non profit group that sends teams of volunteers to provide medical care, health education, and, in the case of Lokichar, food, for people in developing nations.

They previously traveled to the Sudan in 2009 to set up a clinic, returned there in 2010, and provided emergency medical services in Haiti following the earthquake there in 2010.

The team first went to Kenya last year when a trip to South Sudan was diverted due to military conflicts in the region.

Stine discovered Project Helping Hands when founder Jeff Solheim and board member Lesa Beth Titus spoke at a training for trauma nurses in 2009.  She quickly convinced Cathey-Hamley to join her on their first Sudan trip.

This past year, the team raised money by setting up a fireworks stand at Tran’s Auto Repair on Belmont St. for the Fourth of July. They sold gelato donated by Stacatto Gelato at the apple festival at Portland Nursery.

The plan is to continue to develop relationships and travel back to Kenya, and also to return to South Sudan when the political situation there stabilizes.

Project Helping Hands relies on in-country hosts to help match resources with needs, and to help maximize a team’s impact.

Like Julian, several other team members from Portland were on their first trip to Africa. Dan Friedman, a physician’s assistant at Emmanuel Hospital’s emergency room, and Shae Bates, LPN at Signature Hospice, were two other members of the 12 person team that helped 1,062 patients with complaints ranging from malaria to dehydration to vertigo over the course of five days during the last week of October.

Hundreds of people would line up, and “some people would walk three days” to get to the clinic, recalls Stine.

“The people that are really sick don’t wait in line. They are sitting under a tree far away from the triage line,” Cathey-Hamley relates. One of her tasks was to walk out and to help those patients get treatment.

On the long unpaved road up the Rift Valley on the way to Tukara, the team visited the Great Mercy Education Center, an orphanage in the small village of Kitale that Cathey-Hamley and Stine had first visited in 2011 on their first visit to Kenya.

They provided medical checkups and medicines to the kids and witnessed improvements that had been made to the orphanage since their last visit.

Educating patients to better care for themselves and their families, as well as establishing personal relationships are the most important missions, according to Cathey-Hamley.

“It takes visiting numerous times in order to develop relationships…helping people help themselves in the long run, most of the work is done by being a presence over a long period of time,” she notes.

Bates agrees. “It took me a couple of days of sitting and talking to these people before I realized that one of the most important things to them was not only sitting there and me handing them a baggie of Advil, but just sitting and listening to…what they had to say.

“What are the hardships in their life? What are the things they’re trying to overcome? What’s causing them to have chronic back pain? Why don’t we try adjusting body mechanics?  That is going to last a lot longer than 30 ibuprofen,” she recalls.

The team did a health education session at the boarding high school in Lokichar. In preparation, they put question boxes in the boys’ and girls’ dorms where students could place anonymous questions. Many questions revealed how much pressure the students felt.  “How do I do better in school?” and “How do I focus on my studies when all I can think about is how much I miss my parent who died recently?”

Counselors and teachers at the school planned to set up a support group to help students deal with the stress of school and being removed from their families.   Cathey-Hamley thinks that she was able to help establish new lines of communication and assist students with finding answers to some questions.

The team seeded a microfinance project with $1,000 to help set up small businesses in Lokichar. “If they borrow $20, then they have to pay back $25, and then it will seed the fund,” explains Stine.  Many of these microloans are expected to help start small business projects by Turkana women.

Friedman found day to day life to be physically challenging for people in the Turkana region, which he thinks makes it difficult to work toward long term solutions.

A recent discovery of oil in the Turkana region, bringing corporations to the region to drill, is also of concern to him. “Who owns the oil?” he wants to know.

Asked if he plans to return, Friedman is enthused.  “Oh yeah, I’m going to go back.”

Asked about his reaction to the trip, Julian Hamley explains. “It was definitely a life changing experience, just to see how lucky we are to have how much we have.”

Even though there are ways life is very different, in some ways it is the same. “Kids there play a lot,” he recalls, marveling at elaborate toy trucks made from bent wire.

He also noticed the high school only had two soccer balls, so, in order to play, the younger kids made their own soccer ball from old socks and cloth scraps. 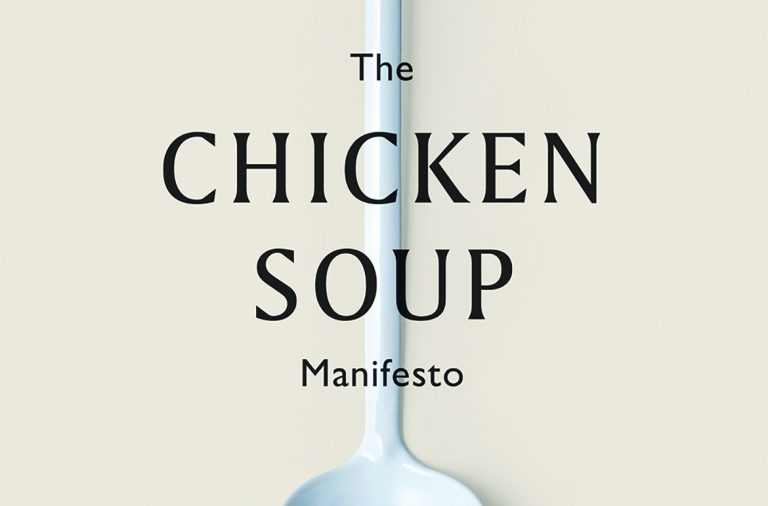 Travel the Globe with The Chicken Soup Manifesto

How Some Americans’ Health Habits Changed During COVID-19