In opposition is a contingency of people that have presented a strong argument about why this isn’t a good idea.

According to Jaymee Cuti, PWB Public Information Officer, the decision to build a filtration was made with the guidance from Portland Utility Board, public health partners at Multnomah County and public testimony from people who drink Bull Run water.

In 2005 the Environmental Protection Agency (EPA) issued the Long Term2 Enhanced Surface Water rule (LT2). Every public water system in America that uses surface water or ground water must comply with this regulation. The reason for this ruling was to prevent microbial pathogens such as Cryptosporidium from entering the water system. For many water systems, this makes sense.

To the dismay of The Friends of the Reservoir, Mt. Tabor NA and other citizens, this meant taking the functional, open-air reservoirs on Mt. Tabor and at Washington Park offline, building underground water tanks on Powell Butte and funneling water under the Willamette River.

(Note: Taking the Washington Park reservoir offline has resulted in a 300 percent increase in cost from the initial quote and the Willamette River funneling has doubled in cost.)

LT2 allows for three different treatments: 1. UV or ultraviolet light, which uses a disinfection technique to inactivate micro-organisms in water by attacking their genetic core. 2. Ozone treatment, using air or a dry process gas that attaches to a micro-organism and oxidizes. 3. Filtration, which removes all micro-organisms from the water.

Defenders of the reservoir tried to get a variance that would allow the city to continue using the reservoirs but the request was revoked in 2013 by the Oregon Health Authority after finding low levels of Cryptosporidium, which is in all fresh water systems at varying degrees.

Cuti said that no one has become sick but detections pose a risk, particularly to members of the public with a condition that compromises immune systems.

At this time, PWB’s plan to comply with LT2 was to use UV radiation like other large unfiltered systems that meet the criteria for filtration avoidance, Seattle, Boston and San Francisco being three.

Seattle has a watershed similar to Portland’s and, in 2004, they chose to build a UV, ozone treatment plant at the Lake Young Reservoirs costing rate payers $101 million, equivalent to $150 million now. New York recently applied to renew their filtration avoidance and were granted another 10 years. 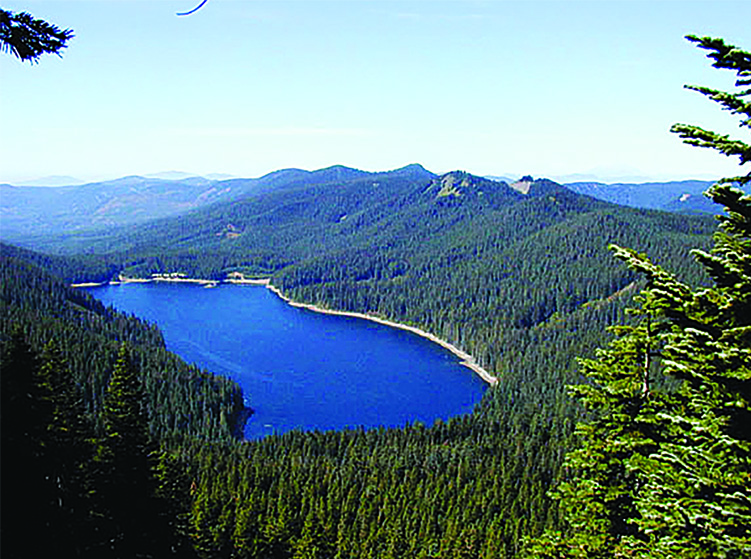 In July, 2017, City Council approved a $350-$500 million dollar filtration plant project, then in September, 2019, PWB presented the City Council with newly updated costs that are now closer to $1.25 billion.

Those in opposition to the filtration plant now feel they have even more reason to distrust a project they see as unnecessary and is considerably more expensive than initially estimated. In their opinion, the PWB obfuscated the real price right from the beginning

Cuti says this is not true, that the 2017 bid was a placeholder estimate for the project, which she said typically takes three to four years of studying to solidify.

“It was a ballpark estimate ,” she said, “and the best we could do at the time and with the information we had. Now we are refining that estimate.”

Even with the time to provide a more accurate estimate, this continues to be a low-confidence estimate, according to the City of Portland’s procurement practices. It will not until they are approximately 50 percent into the design phase that they will have a high-confidence cost estimate.

Jeff Knapp, a mechanical engineer who has worked for Boeing, Hewlett-Packard and Microsoft, feels there are facts about this project that need further investigation, one of which is the cost to ratepayers.

According to the initial Environmental Protection Agency (EPA) fact sheet published in 2004, it should only cost ratepayers $12/year for a treatment plant for Cryptosporidum. Knapp’s numbers indicate the average rate for Portland’s will climb to $506/year.

The reason for the discrepancy, says Cuti, is due to many improvements to the water system (including the Washington Park and Willamette River Crossing projects), distribution improvements and the cost of the filtration plant.

Lauren Courter, Ph.D., Toxicologist with Mount Hood Environmental, spoke with The Southeast Examiner about her understanding of the ratepayer costs.

She explained that the loan the PWB intends to apply for is from the Water Infrastructure Finance and Innovation Act (WIFIA) program through the EPA would provide a long-term, low-cost supplemental loan.

Courter says there are around 25 regions applying for this WIFIA loan and that Bull Run seems like the least likely to receive it since a clean-up of polluted waters is needed here like it is in other places.

Currently about a million residents and businesses are paying for water including several wholesale water customers, Gresham, Sandy and Tualatin Valley, who help mitigate half of the costs of the water.

Courter said that because the proposed filtration plant will increase rates, these customers are considering looking elsewhere for water.

In addition to the cost, Courter’s investigation found no empirical data that concludes Portland’s water system needs this treatment. There is no sediment, and no Cryptosporidum cases that are directly related to Bull Run.

PWB reasons that filtration is the best pathogen protection and provides security for the worst-case scenario (i.e. natural disasters or future contaminates).

Those in opposition think this is far reaching, unnecessary and costly, in addition to a lack of ability for filtration to remove pharmaceuticals from the water.

Floy Jones, founder of The Friends of the Reservoir, shared a report by CH2Mhill, a company hired by the City when the LT2 ruling was first being enforced, that stated there are public health impacts associated with filtration chemicals including cancer-causing acrylamide, aluminum sulfate and aluminum. Filtration plants are normally used for polluted watersheds, not pristine places like Bull Run.

When asked about the dangers of chemicals like aluminum sulfate, Cuti’s response was that Bull Run water is being tested at a mini-filtration pilot plant to determine what chemicals to use. The chemicals are those used in water treatment plants across the United States and certified by National Science Foundation as safe for use in drinking water. Aluminum sulfate, for example, is found in kitchen products like baking soda.

It is in the public’s best interest to fully understand PWB and City Council’s reasons for moving ahead with an expensive filtration plant when there are compelling reasons to consider UV and Ozone.

Decisions being made about the Bull Run watershed are of critical importance to the region’s future.

The Southeast Examiner will continue to investigate this in the February 2020 edition.