The ever burgeoning food choices in Portland are an ambrosia to a diner’s palate and many are a benefit to their good health. Marukin Ramen is no exception with authentic, tasty, well-crafted ramen noodle bowls and sides they serve at their two locations in Portland.

The eastside Marukin Ramen, 609 SE Ankeny is where The Southeast Examiner met up with owner/operator, CEO and dishwasher David Rademacher, Chef Mayumi Hijikata and media man Mark Shimahara. This corner of SE Ankeny is experiencing a pleasant revival thanks to their restaurant makeover and the popularity this type of food is generating in the people today.

Rademacher’s backstory is one of coincidence, friendship and a good idea. In 1994 he decided to change his lifestyle and live and work in Japan. He first came to Tokyo and soon met his interesting neighbor Masa Hayashi. There was an instant connection and the two became fast friends. Rademacher stayed in Japan for eight more years living in different cities and the country and while working in IT as an executive recruiter for foreign national firms (80% Silicon Valley based).

During this time his friend Masa Hayashi partnered with Hiroshi Kusuda and together they opened the first Marukin Ramen serving Kyushu* style ramen (named for an island of Japan) called Hakata. This is the rich tonkotsu (pork bone broth) with a skinny white noodle. “This is often imitated but rarely done well,” Rademacher said. There are many types of ramen depending upon the region of Japan.

Upon returning to the US in 2003, David became a real estate agent. The two remained friends and when Masa came to visit his son in Vancouver B.C. five years ago, Portland was his first point of contact. The two made a roadtrip together to B.C. and in the course of the conversation decided Portland would be a great place to open a US Marukin Ramen. Rademacher invested and it wasn’t long before the real estate agent also became a restaurateur.

It took three years to find the right locations. The first one was in The Pearl but that location didn’t have a large kitchen. When the industrial kitchen on SE Ankeny became available, they started the process of creating a light, airy, minimalist dining space. This location proved to be a faster makeover so both spaces opened in Spring 2016.

Location is important, but what is even more important is how to get a ramen bowl to taste as good in America as it does in Japan without having access to the same ingredients. This is where Chef Mayumi Hijikata entered the picture.

In Japan, the chef’s world is still very much dominated by men. Chef Mayumi was the exception to that rule. She climbed the ranks of the culinary ladder on her own terms, learning along the way. She became proficient at pastry making, French and Italian cooking and under the guidance of  Masa and Hiroshi learned all the subtleties of their culinary art – Ramen aka Japanese comfort food.

Mayumi came to America for the first time to build the menu for the restaurant. Little do outsiders know what goes into the science behind preparing a menu. In this instance they needed to find a wheat that was right for this type of noodle. Nothing grown in Oregon worked because a hard, high protein non-bleached flour is required to make the noodles. This combination absorbs just the right amount of broth, tastes good and holds together.

Then come the broths, the essence of the bowl. Only a certain portion of the bones are used in the pork broth and the chicken broth simmers in special spices for certain amounts of time.

After the experimental portion was complete, they held dinners for hundreds of friends and acquaintances to sample the menu. They received great reviews except from the vegetarians/vegans. So it was back to the kitchen and this is when they removed the eggs from the noodles and developed another broth that makes it 100 percent vegan ramen. (It is delicious!)

In order to keep it all fresh and well-prepared, they alternate menus. Sunday, Monday, Wednesday and Friday serves four special bowls and Tuesday, Thursday, Saturday, four others. Chef Mayumi often creates a one of a kind menu item and dessert offerings. The names of the ramen bowls, toppings, sides, sake, beer are in the authentic Japanese terminology.

The goal is to inspire a culture of care where every step of the process from the kitchen staff to the servers to the customers is done in a deliberate way. “This is the way Japanese soul food is made,” Rademacher said. It is also the correct way as has been taught to them by Masa and Hiroshi, the owners of Marukin Ramen, in Japan.

Mark Shimahara noted that employees have the opportunity to learn several skills working at Marukin and that they receive healthcare. He wanted to especially acknowledge the professional efforts and ingenuity David has exhibited in making this restaurant the place it is.

At the end of the interview, as this reporter enjoyed the vegan shoyu, Rademacher’s day continued exuberantly as he conversed with Mayumi in Japanese about what’s next in their mutual passion for Portland’s food scene. 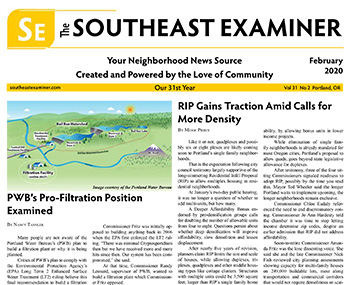 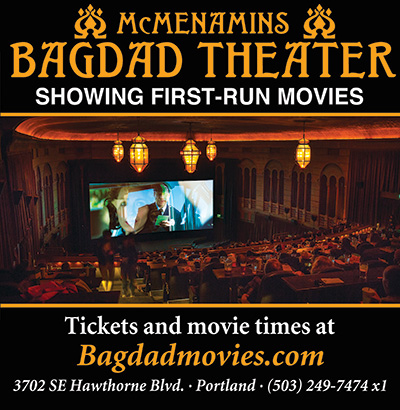 The Journal of Ben Uchida: Citizen 13559 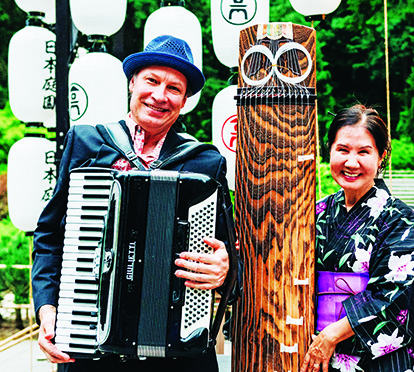 The World of Koto with Masumi Timson

Harry Potter and the Goblet of Fire in Concert