There is no end in sight to the urbanization of the Central Eastside Industrial District (CEID). What once was an industrial district of one and two story buildings is now becoming a mirror image of downtown Portland.

The district will become a bedroom community for the surrounding area and have a commercial character all its own in the near future. Many of the new buildings have office space, with lofts and space for innovators, artists and unique startup businesses. However, low cost rents and inexpensive land is quickly vanishing.

Due to the growth in other major cities on the West Coast, Portland has been discovered and is increasingly resembling their appearance. The city is a tourist destination and people like what they see so much that many of them are moving here.

Few cities in the United States have the progressive urban planning that makes Portland attractive to businesses, workers, and residents.

Our reputation for sustainable growth management and alternative transportation options attracts investment and the CEID is the last place in the central core area that remains relatively underdeveloped.

Portland’s growth is focused on advanced manufacturing industries, research, clean technology, software development, and active-ware clothing, and the CEID is an ideal location for these activities.

While this is the dream of city leaders, it brings with it its share of challenges. Two functions especially glaring are the need for low income housing so the homeless are taken off our streets, and the congestion caused by inner city automotive traffic. These issues may slow inner city growth until they are corrected.

Office development is becoming an increasingly important part of the Central Eastside. Some firms are building office space for management and workers while others will lease space to other businesses. It is not a large segment of the newer projects, but it makes sense as part of a mixed-use development.

New housing built nearby is attractive to the close-in office workers. Many new offices are for specialty businesses. Some are creative workspaces that have become popular in the Central Eastside and some is gained from the adaptive reuse of existing industrial buildings.

The housing development occurring in CEID is part of the renewal of residential construction and a major part of Portland’s revitalization.

In the last six years, over 5,000 residential units have been built downtown and there is no end in sight. In fact, planners expect the growth to become even greater. A large part of these new units will be in the CEID.

The major distraction to all but the developers is the lack of affordable housing. Construction costs are so expensive that it is difficult to build affordable housing in the central city. Most of the apartments being built are for skilled workers or highly paid employees.

This is great for the vitality of the downtown businesses, but low wageworkers will be unable to afford these new units and will need to commute from distant neighborhoods via car, bicycle, or transit.

Retail development often takes up the first floors of mixed use buildings making it an important part of large new housing projects. Tenants of these buildings have convenient access to many of the goods and services needed for daily living and the abundance of shopping and dining options offered downtown will be within easy walking distance or a short transit trip away.

The Central Eastside already has a rich variety of epicurean and entertainment options available and the future will bring even more. Small older buildings are being transformed into many new uses.

The development of a number of new hotels is another feature of the changing area on the East Bank of the Willamette River. In part, this is due to the already established convention center, sports complex, and the Lloyd Center shopping mall.

Portland has become a mecca for domestic and foreign tourists, creating a need for additional hotel space. The publicity of recent years has attracted tourists that are discovering the many attractions of Portland and the beautiful environment of Oregon.

Tourist spending has increased in the metro area by 40 percent in the last ten years. Hotel occupancy has increased by 75 percent. This is true even with the competition of Airbnb since their inception a few years ago.

The inventory of hotel rooms has increased by 50 percent since the year 2000 and approximately 1,750 rooms have been added in the last five years.

The new Hyatt Regency hotel at the Convention Center will add 600 more rooms in a twenty story building and the old Shleifer Furniture store at SE Grand Ave. and Fifth St. will be returned to its original use as a hotel building with 57 rooms plus an additional three floors of hotel space in an adjacent new building next door.

The Jupiter Hotel on E. Burnside at Ninth St. will add 67-rooms as well.

The city’s recent attempt to encourage developers to build affordable housing was to adopt an Inclusionary Housing ordinance requiring them to build a small percentage of affordable housing in each housing development of more than twenty units. Unfortunately this has had the effect of curtailing a number of the larger housing projects because of increased development costs.

Today a large segment of renters pay more than 40 percent of their income for housing. Over 40 percent of this bond or about 1,600 units will be for low-income residents earning 30 percent or less of the median family income.

This segment of the housing market needs 25,000 more units and the Metro bond will supply only 6.4 percent of the type of affordable units Portland truly needs. 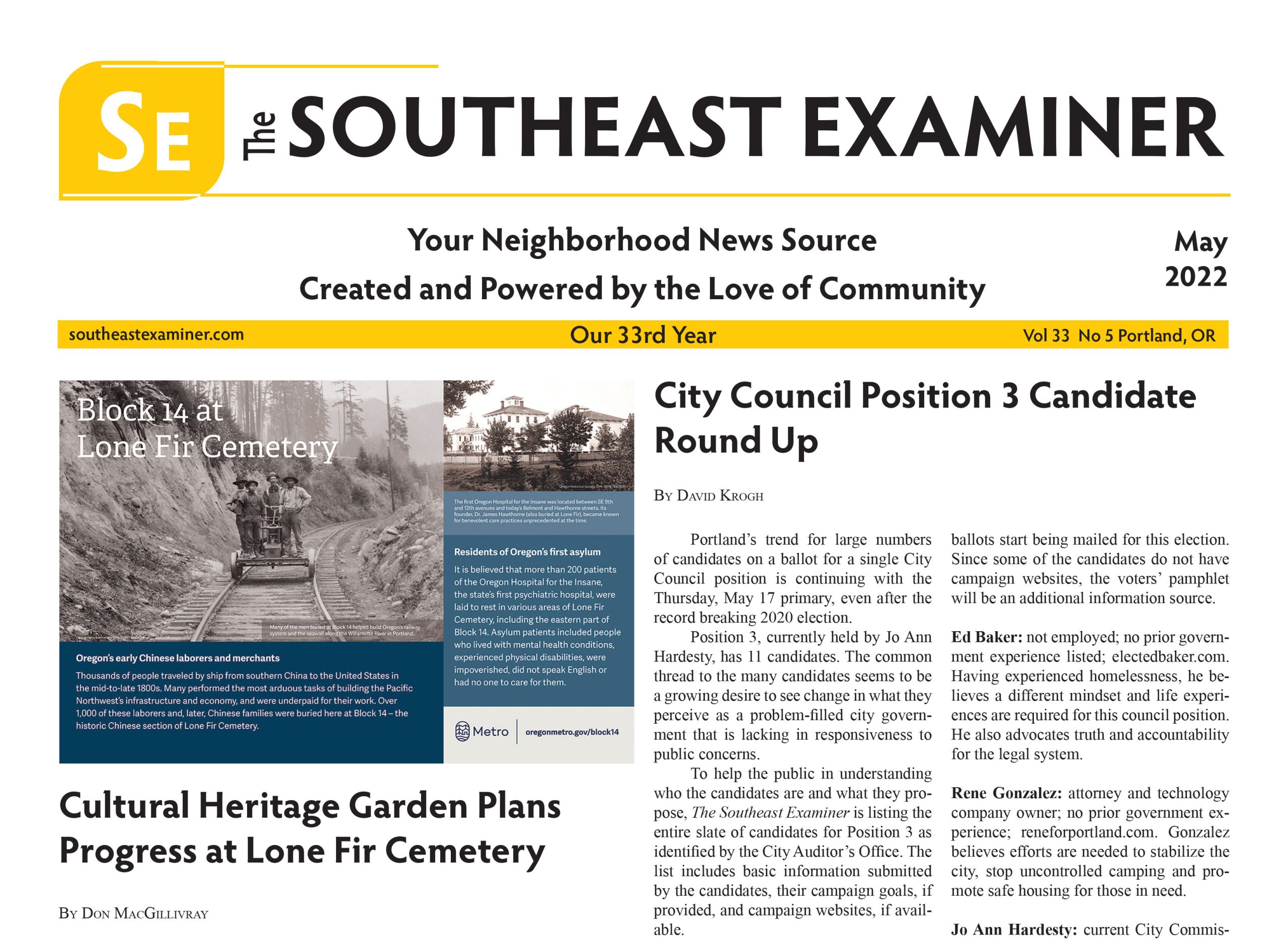